Looking for something sweet? Try these lovely and healthy (ish) morsels out. Made with almond flour, they smell and taste delicious! The frosting on top is pretty good too!

I made these for my cousin's birthday this weekend, and they were a hit. She told me they enjoyed the leftovers for breakfast with fresh berries on top. Yum!

The cupcakes were even great by themselves! I loved the way they made my house smell, very vanilla-y! It was beautiful.

I totally deviated from the frosting recipe by using butter instead of coconut oil. But it seemed to work pretty well anyway. 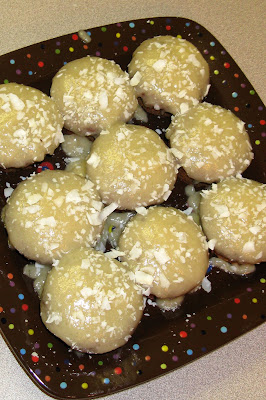 Preheat oven to 350 degrees F and line 10 muffin cups. You must use paper cup liners, or the cupcakes will stick to the pan.
Whisk egg yolks in a large bowl until pale yellow. Whisk in the oil, agave, vanilla and lemon juice.
In a separate bowl, beat egg whites to stiff peaks with an electric mixer.
Gently fold the whites into the yolk mixture.
Combine the dry ingredients. Gently fold into the wet ingredients.
Scoop batter into muffin cups.
Bake 20-30 minutes, until golden brown, and a toothpick inserted comes out clean (mine took about 25 minutes).
Let cool in the pan for half an hour, then frost if desired, and/or serve.
Makes 10 cupcakes.

In a medium saucepan, combine milk, agave and salt. Bring to a boil.
Whisking frequently, decrease heat and simmer for 8-10 minutes. This will reduce the mixture by 1/3-1/2.
In a small bowl, combine the arrowroot and water. Whisk together until well blended.
Raise heat on the stove to medium-high, then add the arrowroot paste, whisking constantly for about a minute, until the mixture thickens.
Take the pan off the unit, and gradually mix in the melted butter. Stir until blended smooth.
Place in the freezer, and allow to cool for about half an hour, until the frosting solidifies a bit.
Remove, and whip until thick and fluffy.
Can be used on cupcakes, cakes, or cookies. Store in the fridge for up to 3 days.

I don't know if the frosting turned out exactly right. It was more of a glaze than a frosting. It kind of oozed a bit. I think I should have let it cool more, or thrown the frosted cupcakes in the fridge before serving. But everyone said it was good, and the frosting was licked off the plates, so I'm assuming it tasted delicious to someone other than just me :) Heck, what's not to love about gooey-coconutty-buttery goodness!

This and other cake recipes are brought together at Gluten Free Wednesdays - Cake Challenge! Check it out for some more great recipes!! 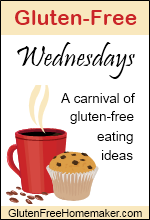 This recipe is also linked to June 2010′s Go Ahead Honey, It’s Gluten-Free "Cream of the Crop," filled with delicious gluten AND dairy free recipes! Take a look. I'm sure they're gonna be good!

*Note: This recipe has been recently edited, due to a total fiasco when attempting to recreate it.
Posted by Stephanie at 7:59 PM

Those look really wonderful, Stephanie! I could make them dairy free, too. :-) I really do love baking with almond flour. Elana has paved the way for us on that! ;-)

Those look great! I love that you did a grain free recipe for the cake round up. Thanks for participating!

These sound delicious! Anything that fills the house with the scent of vanilla is a sure thing with me.

I was wondering - how do you find agave with your hypoglycaemia? There is lots of controversy around agave, so I generally recommend other sweeteners to patients with blood sugar problems because I can't get a definitive answer on whether it's low GI or worse than corn syrup!

Well done on making such huge changes in your life, it's inspiring.

Thanks Naomi! I don't seem to have a problem with agave, as far as I can tell. I eat a lot of complex carbs and proteins. To be honest though, I do really limit my sugar intake. I only eat sweets after having a full meal, and usually eat smaller than normal portions. Most days, desserts for me are fruit or smoothies. 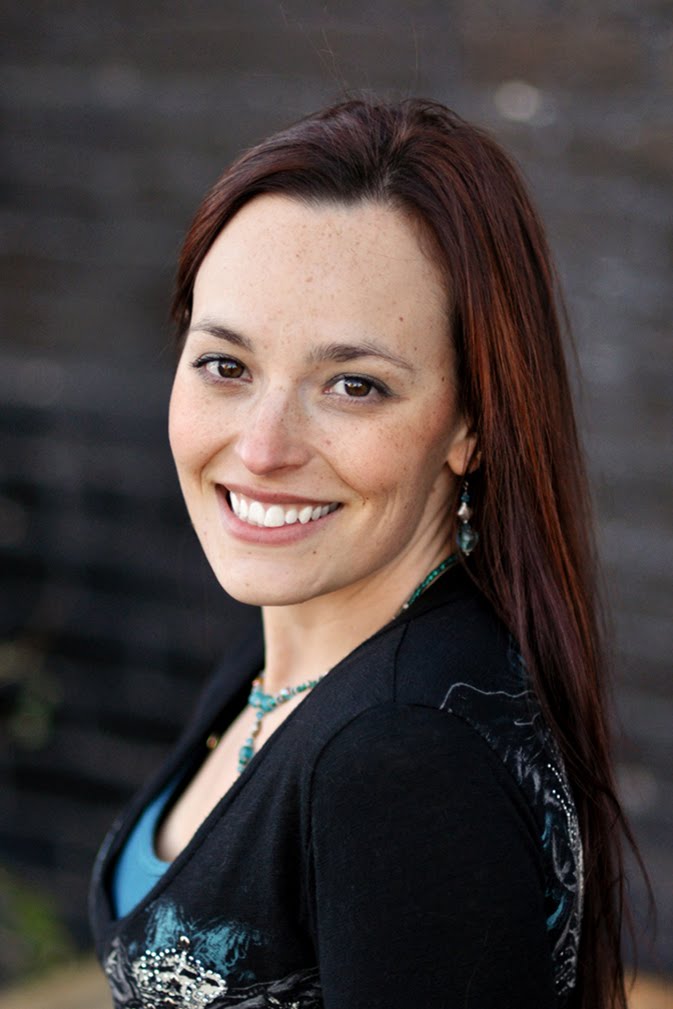